Also known as Sweet Annie, Sweet Wormwood is native to Asia and has been used in traditional Chinese medicine for centuries to treat fever and malaria. The active ingredient in sweet wormwood is artemisinin, which was discovered in the 1970s by Chinese scientist Tu Youyou. She was awarded the 2015 Nobel Prize in Physiology or Medicine for her discovery, which has led to the development of artemisinin-based combination therapies (ACTs) that are now widely used to treat malaria. Sweet wormwood is a self-seeding annual herb that grows to a height of 1-2 meters. The plant has a woody stem and feathery leaves that are green on top and white on the bottom. The small yellow flowers are arranged in dense clusters. In addition to its medicinal uses, sweet wormwood has also been used in the past as a natural pesticide, and the plant is known to repel insects. It is important to note that sweet wormwood should not be ingested in large quantity as it can cause serious side effects. It is also not recommended to use it during pregnancy and lactation.

Sweet wormwood prefers well-drained soil and full sun. It can tolerate partial shade, but it will not produce as much foliage and artemisinin. You can start sweet wormwood seeds indoors about six to eight weeks before the last frost date in your area. The seedlings should be ready to transplant outdoors when the weather has warmed up. Sweet wormwood prefers well-drained soil with a pH between 6 and 7.5. If your soil is heavy clay or sandy, mix in some organic matter to improve the soil structure. Space seedlings or sow seeds about 1-2 feet apart. If sowing seeds, cover them with a light layer of soil and press down gently. Keep the soil consistently moist, but not waterlogged. Sweet wormwood can tolerate dry spells, but it will produce more foliage with regular watering. Fertilize with a balanced fertilizer or well-composted manure. You can harvest the leaves at any time, but it is best to do so when the plant is in full bloom. Leaves can be dried for later use or used fresh. Sweet wormwood is generally free from pests and diseases, but it can be affected by powdery mildew if the humidity is too high. Keep the area around the plants free from debris and weeds to prevent the development of fungal diseases. 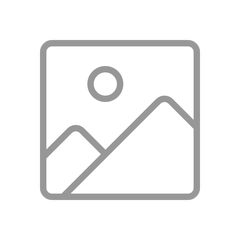